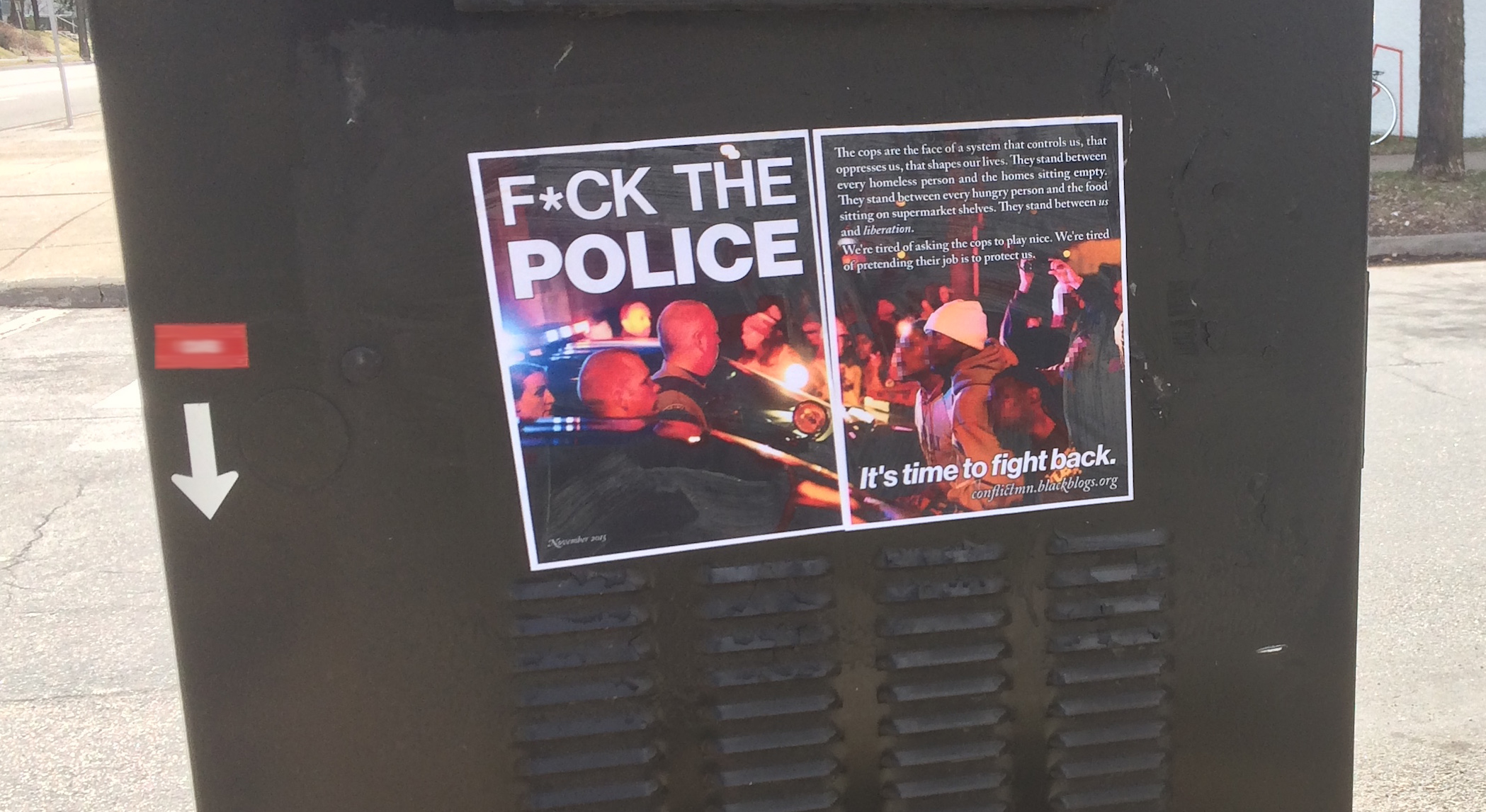 With an expected decision on whether or not to indict the officers who murdered Jamar Clark looming, the Minneapolis Police Chief released a video statement a few days ago. The statement declares that the police will not tolerate violence but remains dedicated to upholding the first amendment rights of citizens. It is clear the police are preparing for the inevitable unrest in response to the decision, as a part of counter insurgency operations. These operations will involve both directing people’s potential anger at the decision into legitimate channels, and repressing those who refuse.

Hand in hand with these efforts will presumably be the “community leaders” and non-profit organizations smothering all uncontrollable activity. As made clear during the 4th Precinct occupation, their goal is to diffuse the anger and preserve order (and seem to resent not being given proper credit for doing so by the city). It is these two twin forces that rebels will have to contend with.

As a contribution to the struggle against the police and the world they maintain, posters were put up in busy areas of the Powderhorn Park neighborhood.

The text of the poster:

It’s time to fight back.