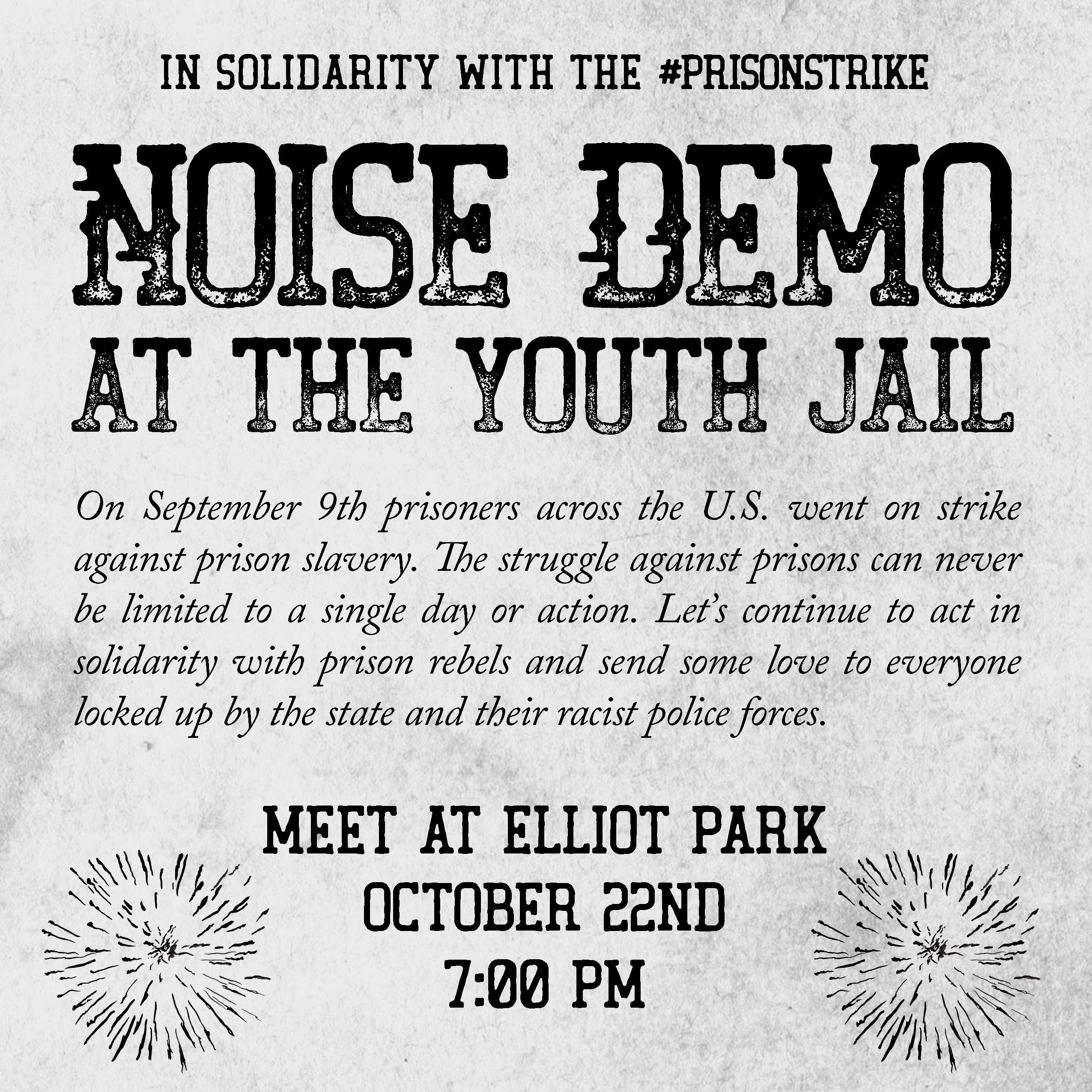 In response to the call for the October 15th-22nd week of actions in solidarity with the prison strike, a noise demonstration will take place in Minneapolis on October 22nd at 7:00pm.

On September 9th prisoners across the U.S. went on strike against prison slavery. Inmates from Virginia to Alabama refused work, revolts exploded from Florida to South Carolina while inmates from Ohio to California began hunger strikes in the first weeks of the strike. On September 10th, a noise demo was held in Minneapolis to express solidarity with the strike.

The struggle against prisons can never be limited to a single day or action. Let’s continue to act in solidarity with prison rebels and send some love to everyone locked up by the state and their racist police forces. On October 22nd we will once again remind those imprisoned right here in Minneapolis that they are not alone.