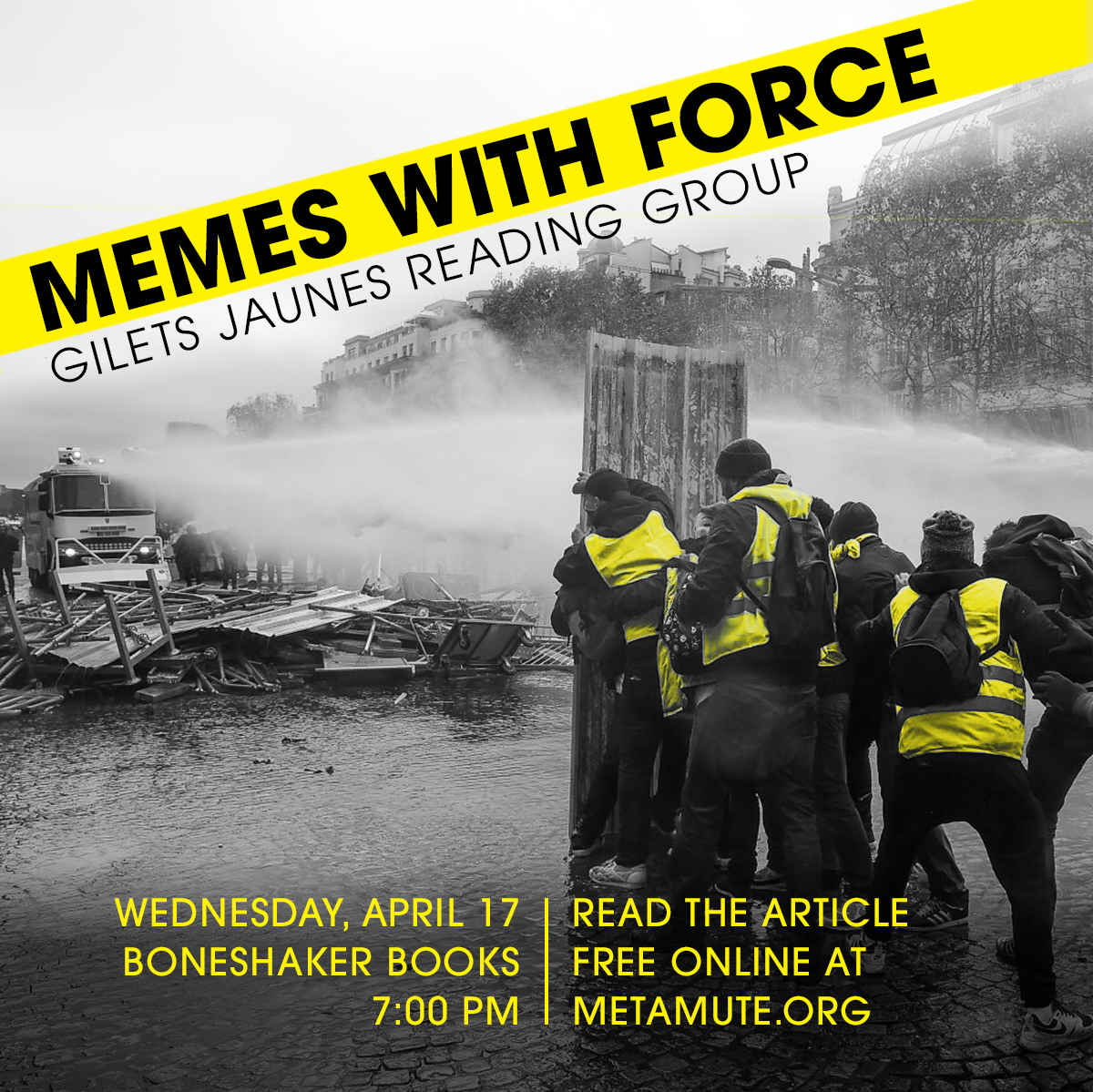 Since November, a massive uprising of the gilets jaunes, or ‘yellow vests’ has sustained itself across France. Initially sparked by a tax on gasoline, hundreds of thousands of people have rioted in city centers, blocked infrastructure, and occupied roundabouts. Emerging outside the traditional political institutions, the yellow vests have broken the rules of social movements as we know them and point to a new horizon of revolution.

A similar sequence is bound to arrive on this side of the Atlantic—what can we learn from the yellow vests to better act within it? What could it look like to come together across a diverse array of identities? And how have the yellow vests dealt with xenophobia and far right influences?

On Wednesday, April 17th join us at Boneshaker Books for a discussion of “Memes With Force” by Paul Torino and Adrian Wohlleben. The article is available free at metamute.org