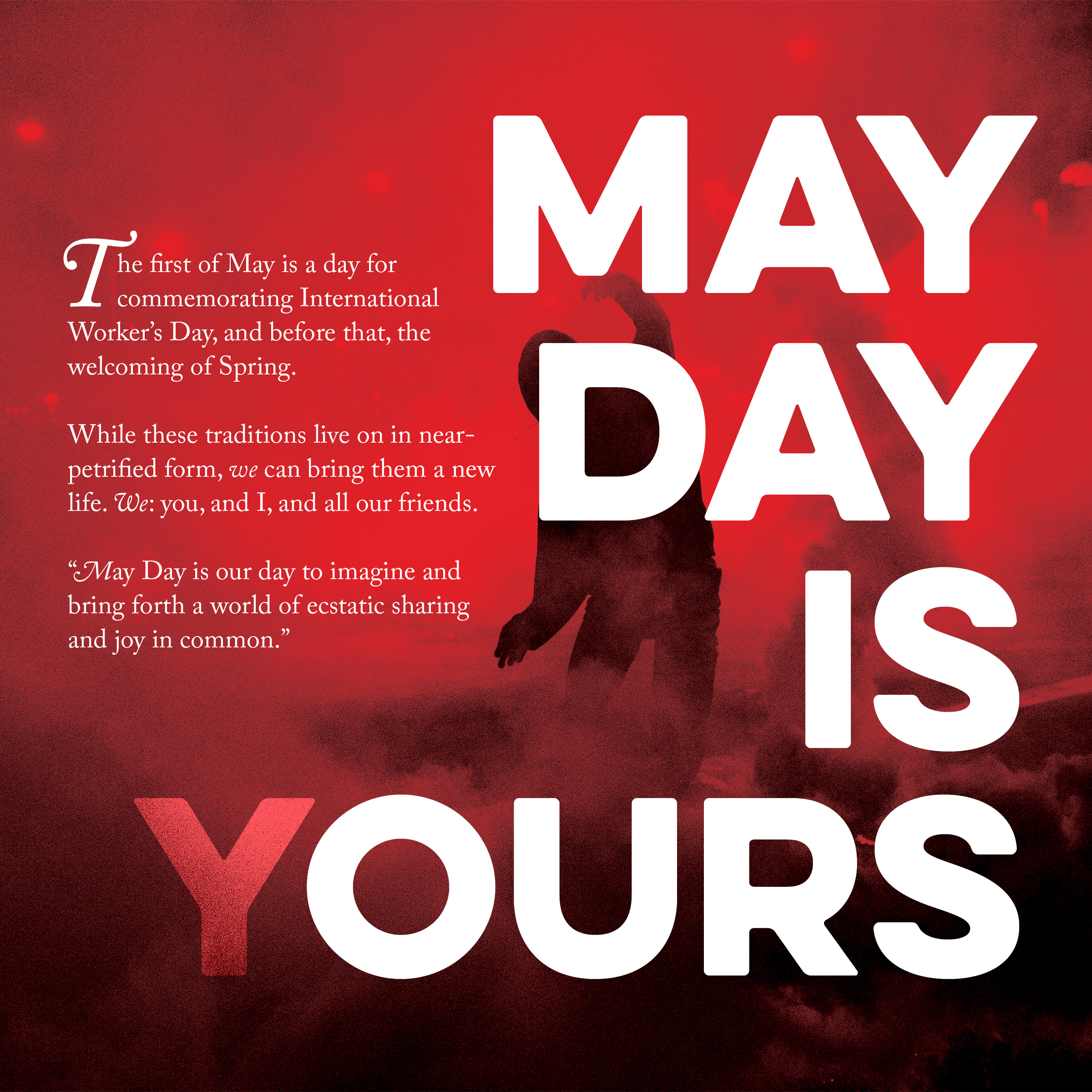 The first of May is a day for commemorating International Worker’s Day, and before that, the welcoming of Spring. While these traditions live on in near-petrified form, we can bring them a new life. We: you, and I, and all our friends.

This is a call for autonomous and decentralized anti-capitalist actions to take place on May Day around the Twin Cities. This means that anyone seeking a more dignified life—a life beyond cops, work, prisons and borders—take their own initiative to act in whatever way they see fit. Autonomous, so that we don’t need anyone else’s permission to act; decentralized, so that we can be everywhere, centering ourselves instead.

We wish to emphasize both creativity and flexibility in this call. Creativity can push us beyond the stale forms that activism accustoms us to, encouraging us to forge new paths of acting in the world. While centering ourselves means giving us an ease of flexibility by allowing anyone to act on their own time, with their own means.

Do not be daunted. Surely, it’s easier to show up to a protest march organized for you and follow along, but it’s far less fun. There is no greater feeling than acting in a way that is in every way y/our own. We are so used to being guided and governed by the economy, that even our resistance tends to fall along the same lines. This too we must refuse.

As others have said elsewhere “May Day is our day to imagine and bring forth a world of ecstatic sharing and joy in common.” So get going—make plans and together we can make May Day ours!