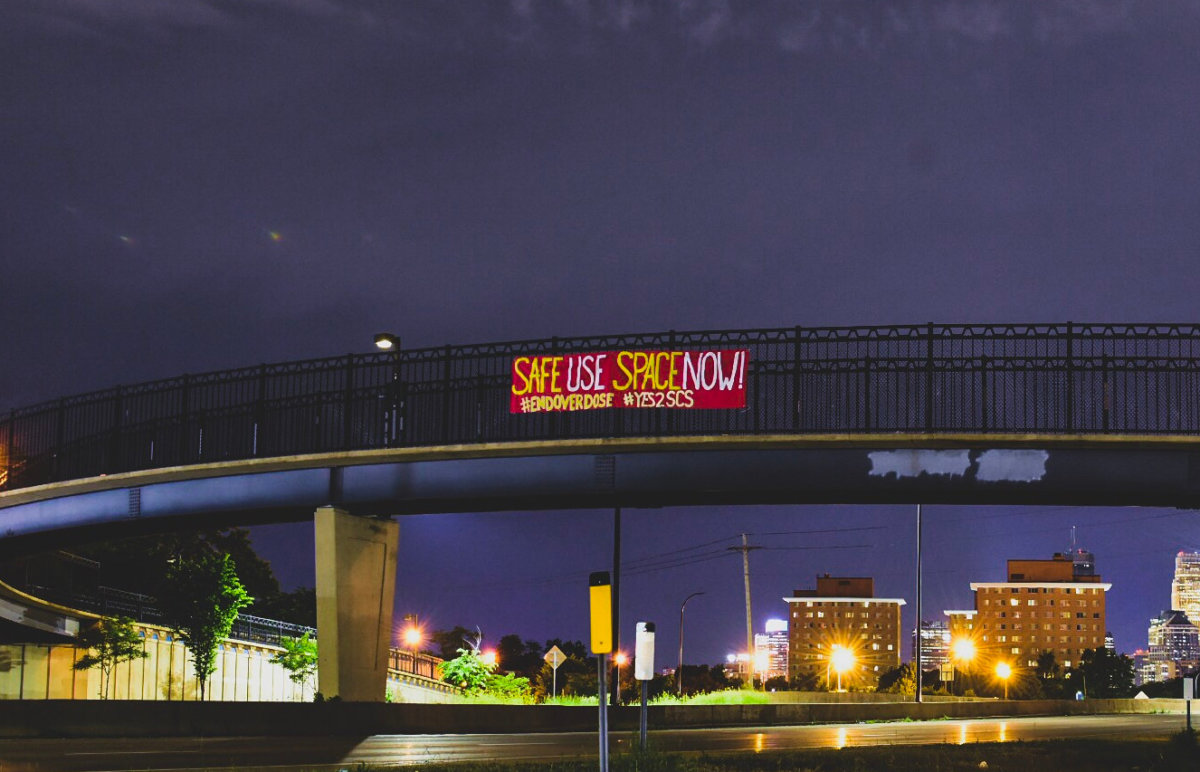 After 175 overdoses in two weeks, harm reductionists dropped a banner on the Little Earth trail overlooking Highway 55 demanding safe use space in Minneapolis. Opioid overdose deaths are preventable and the memories of those we have lost are our inspiration.

Safe use spaces, sometimes called supervised injection facilities or safe consumption sites, prevent overdose deaths and other health problems related to the criminalization of drug users and a drug supply poisoned by fentanyl. They provide the same injection supplies as needle exchanges, intervene rapidly when overdoses occur, offer help with safer injection practices, and generate supportive community so people can meet their health goals on their own terms. They are particularly important to drug users who do not have a place to live, yet these spaces are criminalized under federal law with penalties of up to 20 years in prison.

The recent surge in overdoses occurred after the June 3rd closure of the Navigation Center, a temporary shelter erected last winter in response to a months long encampment of predominantly Native drug users experiencing homelessness. 1000 opioid overdoses were reversed at the encampment with naloxone (Narcan) according to estimates from statewide distributors of the life saving medication. Workers at the Navigation Center diligently checked on active drug users in that space to rapidly respond to overdoses.

The need for a safe use space is clear and need not wait for the state’s permission. As the death toll mounts, we challenge ourselves to build what the state will punish but not offer: sovereignty of body, health, and community by defending ourselves and our neighbors in a drug poisoning epidemic.