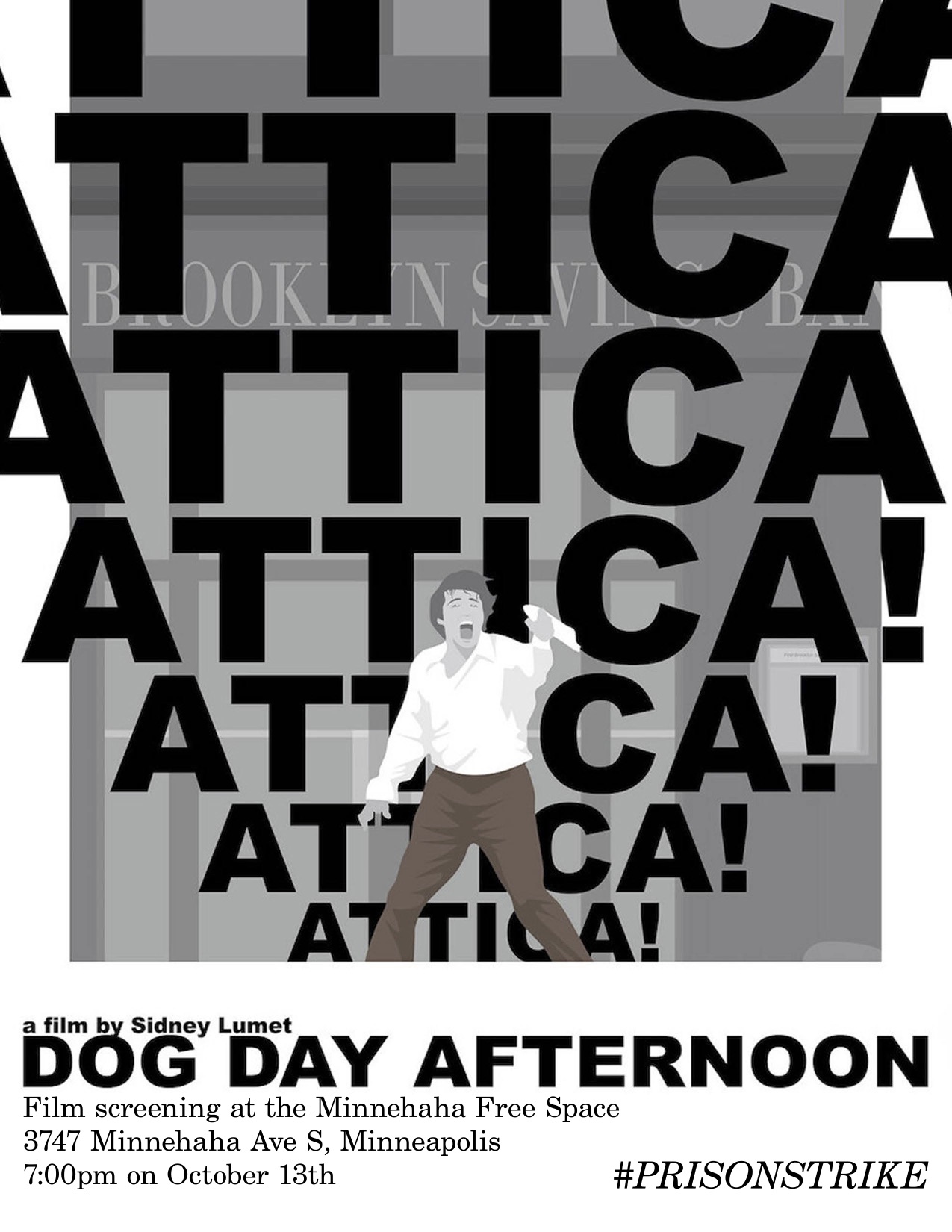 In solidarity with the nationwide prison strike which began on September 9th, the anniversary of the Attica rebellion, we will be showing the movie Dog Day Afternoon. There will also be more information available about the prison strike and ways to support the struggle against prison slavery.

The movie is based upon a real-life story that happened in the early seventies in which the Chase Manhattan Bank in Flatbush, Brooklyn, was held siege by a gay bank robber determined to steal enough money for his male lover to undergo a sex change operation.