After the inspiring actions of the 18th, described in the previous volume of dispatches, various organizations doubled down on their efforts to lay claim to the occupation and pacify those holding it down. Politicians, clergy and similar types made regular appearances at the camp. The graffiti was removed, and the police were biding their time, hoping the protest would fizzle out on its own.

After a relatively calm couple of days, things heated up very quickly when a small group of masked men entered the camp, filming it. A few days earlier, armed white supremacists had briefly walked through the camp and made threats online. In this earlier group, someone recognized one of them and exposed his identity all over the internet. Making this clear connection, dozens quickly confronted the group, determined that they were indeed hostile, and forced them out. A few marshals tried to prevent an all out brawl, although the white supremacists were hurrying up the block away from the crowd. When people ran after them, the white supremacists opened fire, wounding five. Thankfully, everyone survived. 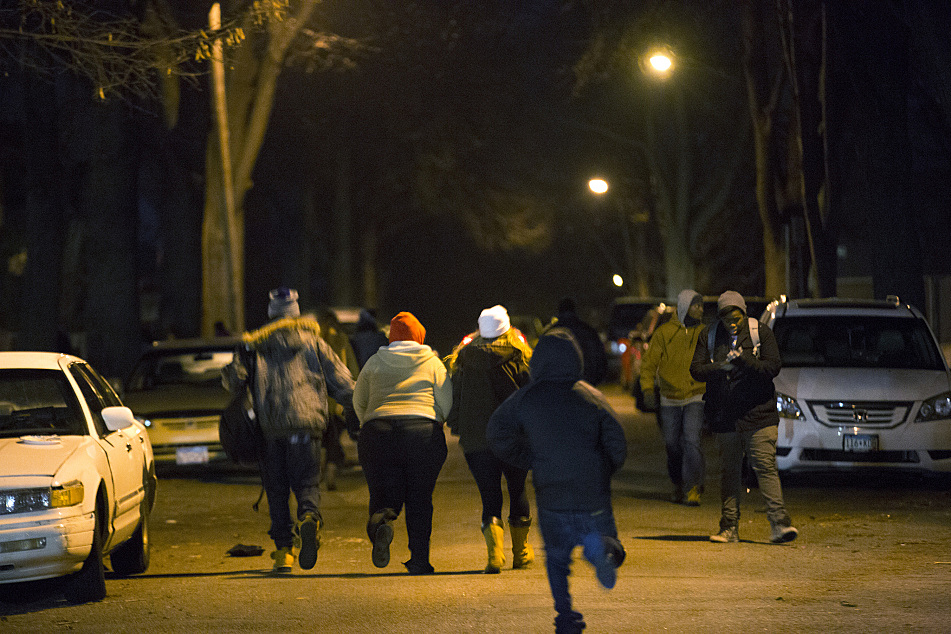 The police arrived soon after and secured the area, at least for their own purposes. They took their time letting an ambulance in and maced those attempting to reach the injured, while taunting the crowd with statements of “this is what you asked for.” Despite the past weeks—not to mention the past centuries—many in the crowd still approached the police for help apprehending the shooter. If we haven’t learned this lesson yet: the police are not an entity for which the goal of protecting and serving is corrupted by a few bad applies or policies. They are the enemies of anyone fighting for liberation. As such, they will not help us nor do we want their help.

Despite rumors that the camp was going to be disbanded by the supposed leadership, the previous night’s shooting led to a call for resilience. Over a thousand came to a march in response, moving from the occupation to downtown and causing rush hour gridlock before returning to the precinct for a concert put on by the NAACP. During this concert, an angry young man hopped the police barricade in front of the building’s entrance and was arrested. After no one said anything on the microphone about it, the concert was disrupted until someone on stage was forced to acknowledge that there had been an arrest—but not without placing the blame on the person arrested.

Since their first appearance, the language of “agitators” has been used to describe them (as opposed to their position as white supremacists), which has lent itself very conveniently to the policing of protest. Instead of being collectively against those hostile to the occupation, a paranoia began to spread , casting aspersions on anyone who looked like they possessed the potential to act of their own accord. Since “agitators” in general were considered the problem, this was considered to be the same level of suspicious as those who shot at us.

The next night, police shoot more marker rounds after a few militants throw bricks at the precinct’s windows.

Thousands gather for Thanksgiving and share food at the precinct. Things were mostly chill during the day, except for a couple of people booing at a couple of cops attempting to step out for a photo op. The people booing were swiftly denounced by “good” protestors for being “violent.” Even a pathetic chant of “No justice, no peace, prosecute the police” is shouted down. Later that night, after most people have left, Black Lives Matter issues new rules of conduct for the occupation are hammered out in a closed meeting before announcing them on Facebook. People at the occupation are not allowed to engage the police nor in “gang activities,” and any form of violence or property destruction is prohibited. All attempts at policing from the organizations have been crystallized in these rules.

Protesters are repeating back to speaker,"if the cops become violent? We become more peaceful!" #4thPrecinctShutDown

In South Minneapolis, several dozen march in a solidarity demonstration with the Northside uprising. A sound truck blasting anti-police hip hop followed the group the length of a major commercial artery during rush hour on Black Friday. The reception on the street was of enthusiastic support. Everyone was excited to take one of the 600 handouts that was written to explain the march, and many joined a long the way. While small, this is the first autonomous demonstration throughout this entire saga. The domination of street actions by non-profits and their ilk lead many to be suspicious of a call-out that does not have the name of an organizing body attached. This demonstration could hopefully be step towards the proliferation of autonomous actions that render the supposed leadership irrelevant. 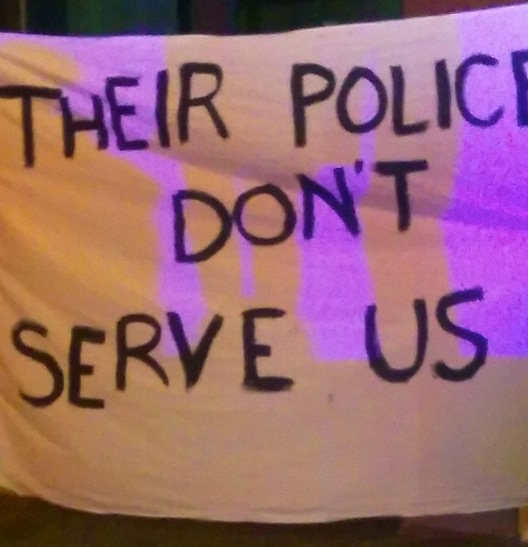 Unfortunately, back on the Northside, the organizations fill the days with meetings and workshops. Their constant presence is at least partially to ensure the implementation of their new rules. The next several days are fairly calm.

The Mayor, along with city officials and others—including politicians who were close to the leadership—called for the occupation to end. This laid the political groundwork for an impending eviction, rumors of which began cropping up that evening. This night, the police started to make motions of a staging for an eviction, which caused folks to make an emergency call to fill up the space with bodies. Likely a false alarm, or the cops crying wolf to make sure people are exhausted for the real eviction, nothing happened.

It was a somber night at the camp, with most people knowing that the raid would happen soon. Like the days before, there had been rumors swirling the camp for days that the cops were going to evict the camp the night of the 2nd, although as the night went on, they became more and more credible. Some fiery literature was distributed to hopefully raise some of that fighting spirit that had been such a force a couple of weeks earlier. The icy-grip of the “leadership” was total, as the message around the camp was “We stand together, we stand in peace.” Close to 4am, as is typical, the police moved in and quickly destroyed the occupation and made several arrests. Everyone was released shortly after. 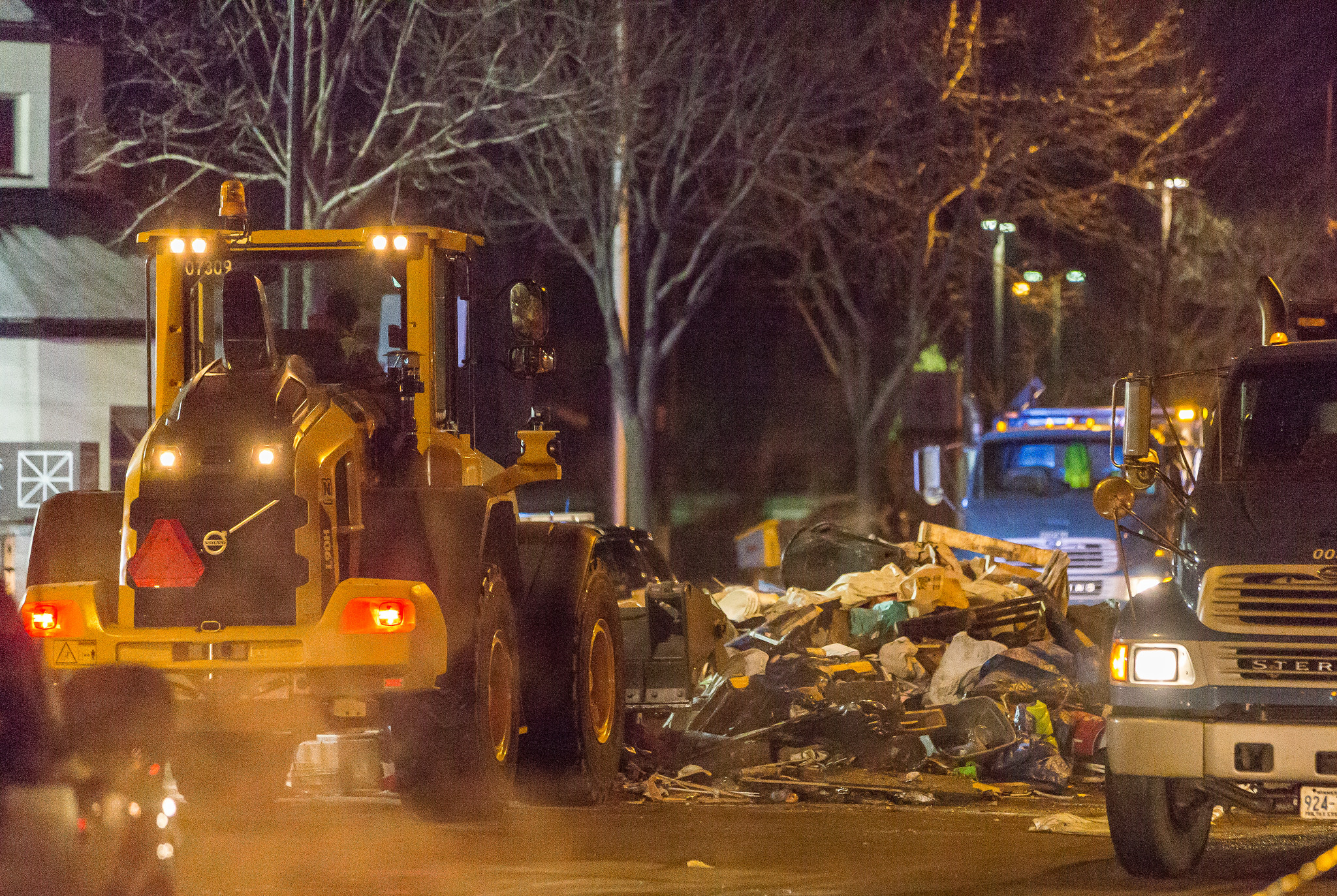