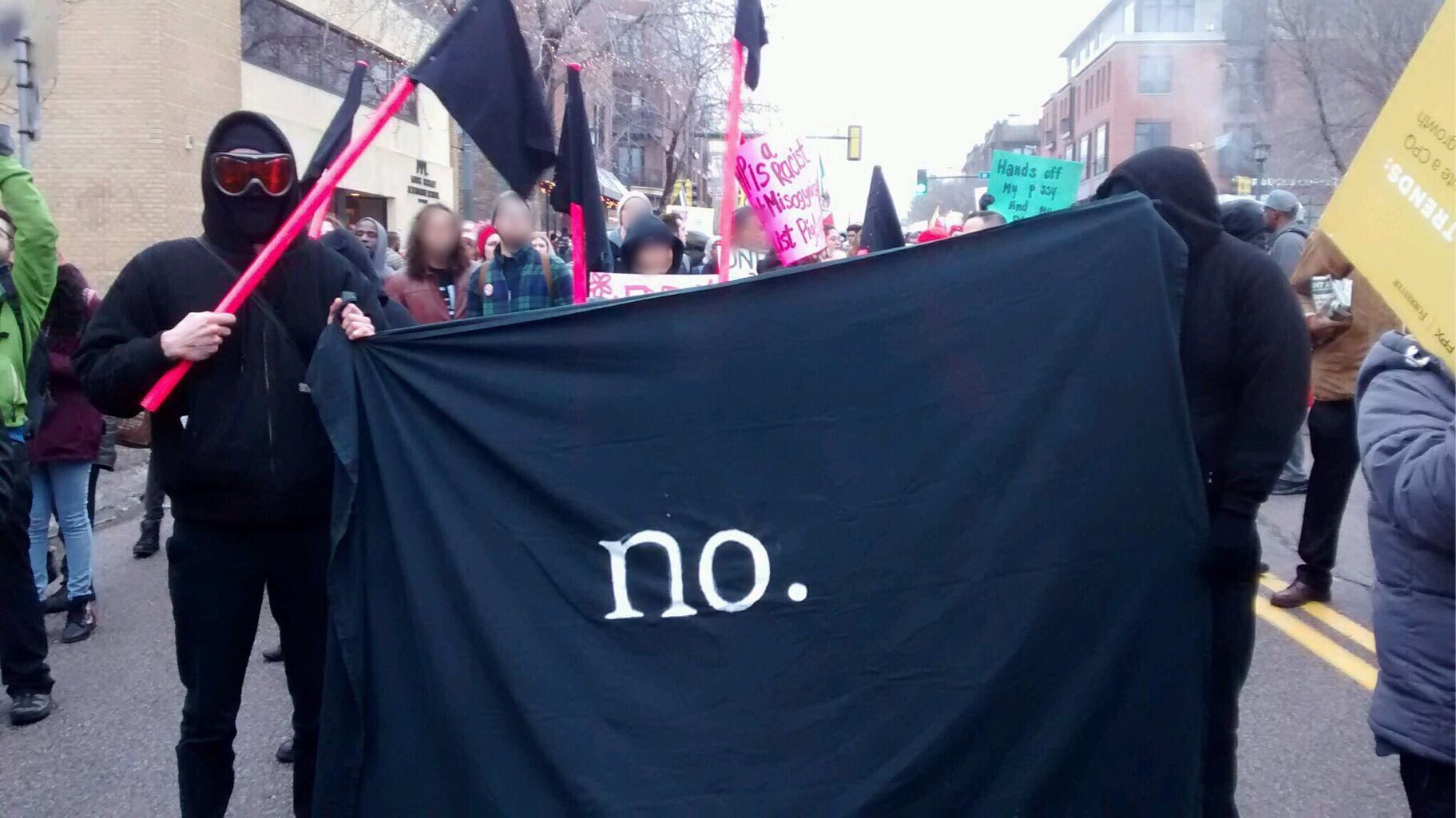 Our actions may be small now, but with every blow our affinities deepen and we grow stronger.

On January 20th in downtown Minneapolis, a group broke away from the larger, passive demonstration called in protest Donald Trump’s inauguration. This breakaway action was not simply remarkable because it shot off fireworks or blocked the light-rail. Nor because dumpsters were moved into traffic or because paint was tossed at the juvie. These actions and others are welcome, and one can assume they produced great joy in those who carried them out. However, come morning, the paint will have been scrubbed off, traffic flowing as normal, and Donald Trump will begin his first full day as President of the United States.

No, this breakaway action was remarkable because it exemplified the increasing capabilities that social antagonists have been slowing rebuilding in the past years. This growth has been in quality as well as quantity; the January 20th breakaway certainly outnumbered any other autonomous action in recent memory. Various crews came prepared with their own material contributions, all equally important in the shaping the day’s events. Participants both familiar and unfamiliar were able to cooperate quickly and effectively in the street, moving between targets while avoiding police, unprepared as the cops were for any trouble. After the short excursion, everyone was able to safely disperse into the larger rally without incident.

[D]owntown Minneapolis is a non-space where there is no possibility of building momentum or gaining useful territory. Downtown is the symbol and paradigm of pure function with no necessary human contact. But we continue to drift toward safe non-spaces, as the freeway has now become (when permitted marches take it late at night or on weekends, as we’ve seen recently). We always find ourselves wandering about in the concrete desert of downtown with no people around and very few consequential transit conduits, police at an eerie distance.

– J19 Minneapolis: Well, We Tried To Have a Dance Party

We caught a glimpse of our potential on January 20th, potential that would be squandered on symbolic, punctual thrashings of the downtown cityscape. As Trump’s regime continues to present us with new challenges over the next several years, this is the time to explore our capabilities as they relate to our own blocks and neighborhoods. Finding terrain that works to our advantage, eliminating barriers between participant and bystander, remaining undetected by police surveillance. The stale practices of activism have left us ill-prepared for the tasks ahead of us.

An action is greater than the sum of it’s parts. It goes beyond the tally of vandalism and destruction.

Let’s remember January 20th as the ascent, not the peak, of our revolt.