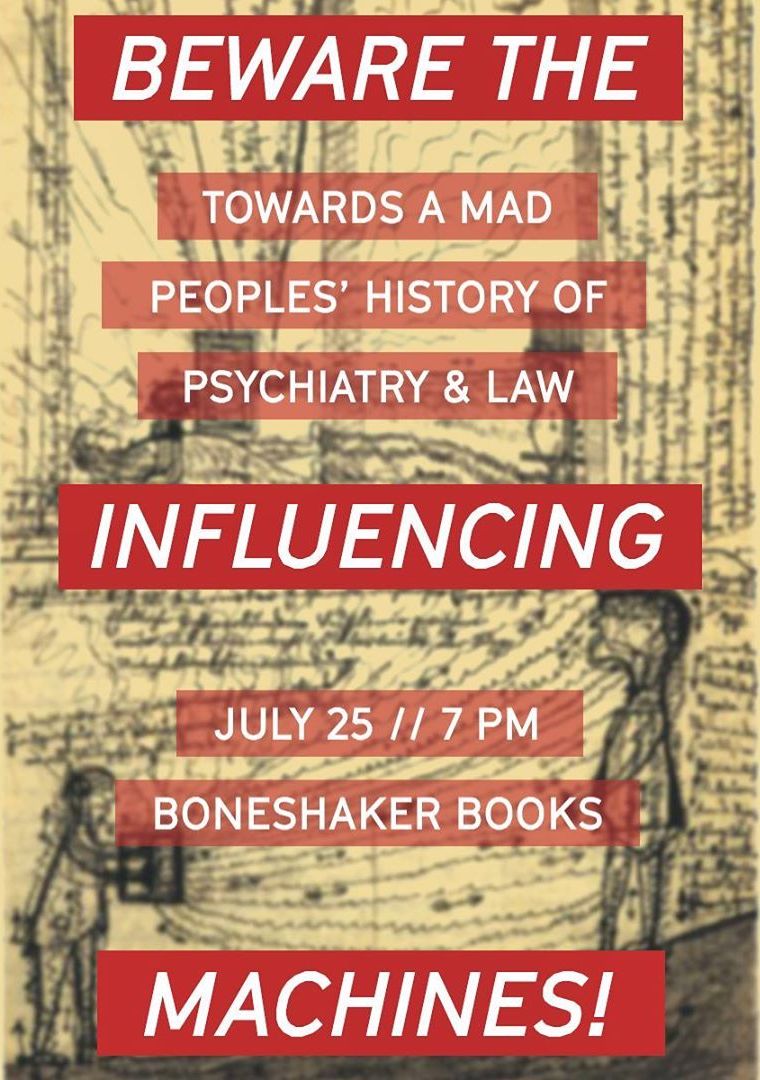 Efforts have been made in recent years to reconsider and question standard histories of madness, mental illness, psychiatry, and medicine. Some of these have involved more empathetic interpretations of mental illness, others have included accounts and perspectives from mad people themselves about their treatment or experience, but very few have seriously considered what the writings, artworks, and words of the mad could offer outside of what they have to say about their treatment experience or their personal suffering. On July 25th—the birthday of the legendary conservative German judge turned madwoman on a rampage against God, Daniel Paul Schreber—Sasha Durakov will argue that mad histories are not only possible, but that the works of those called insane and locked in asylums or hospital wards offer coherent and contemporary political critiques of the state of law and medicine from the perspective of those who cannot but see these as essentially related. Specifically, when one contextualizes and takes seriously the supposedly ‘delusional’ writings and art works about ‘influencing machines’ (up to now dominated by the literature on ‘schizophrenic delusions’), one finds tangible, and often radical, new ways of thinking about the relationship between law, medicine, and power. As more politicians and activists begin remonstrating the state of America’s prison system and offer psychiatric services as an alternative, it is more vital than ever that we consider the works of psychiatric patients who rejected this alternative through creative uses of language.