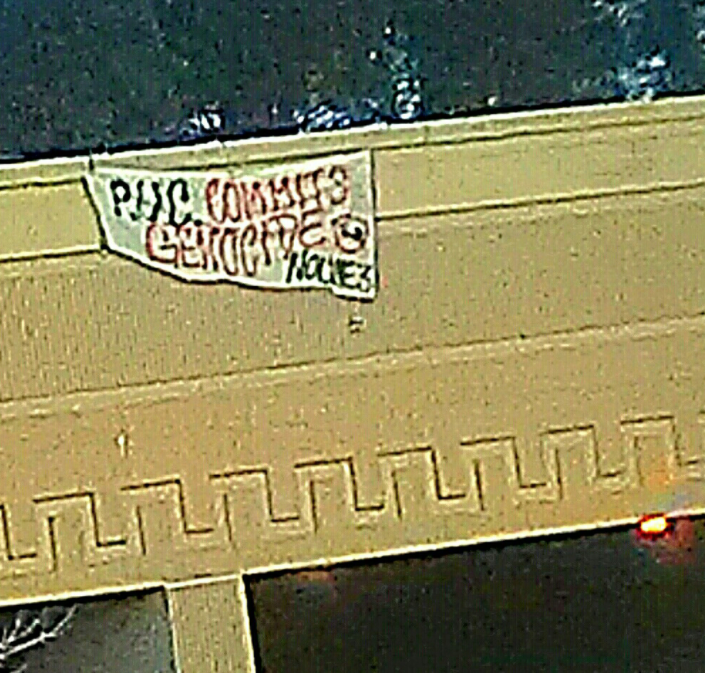 On Monday, November 19th, the Minnesota Public Utility Commission denied the petition for reconsideration to grant the certification of need for the proposed Line 3 pipeline project. The youth climate interveners were supposed to be allowed to speak earlier this morning and the PUC disregarded the young people and continued with their plans to allow Enbridge to contaminate waterways, disrupt sensitive ecosystems and put thousands of peoples lives at risk, while Enbridge profits from the omnicide of everything in Line 3’s path.

Over 330 miles of pipe will cross through Minnesota, affecting the land of 3 treaties made with the United States government, where tribal members retain the rights to hunt, fish, gather, hold ceremony, and travel. This pipeline threatens the Great Lakes, which is home to one fifth of the world’s fresh water, and some of the most delicate soils, aquifers and pristine lakes in northern Minnesota. Enbridge pipelines had more than 800 spills in the U.S. and Canada between 1999 and 2010, leaking 6.8 million gallons of oil. The Minnesota Public Utilities Commission has put our lives in jeopardy by approving this pipeline in June and has disregarded any acknowledgement of the treaties that ultimately formed the state of MN.

The PUC’s vote not to rescind its decision was to be expected and we stand in solidarity with thousands of Minnesotans and Indigenous communities who have made it clear they do not want this project in our backyards. We have a duty as the public to hold the commissioners accountable for their actions, as they continue to approve projects that neglect our environment and the health and well-being of future generations. We can not continue to allow these institutions to condone and approve projects that affect not only our homes and families, but our futures. There were two banners that were displayed along Interstate 35 in Duluth after the PUC did not rescind its approval of the Line 3 Project, though one was removed almost immediately. They read “Public Utility Commission Colony, No Line 3, 4, 5, 6, 7” and “PUC commits genocide, No Line 3”.