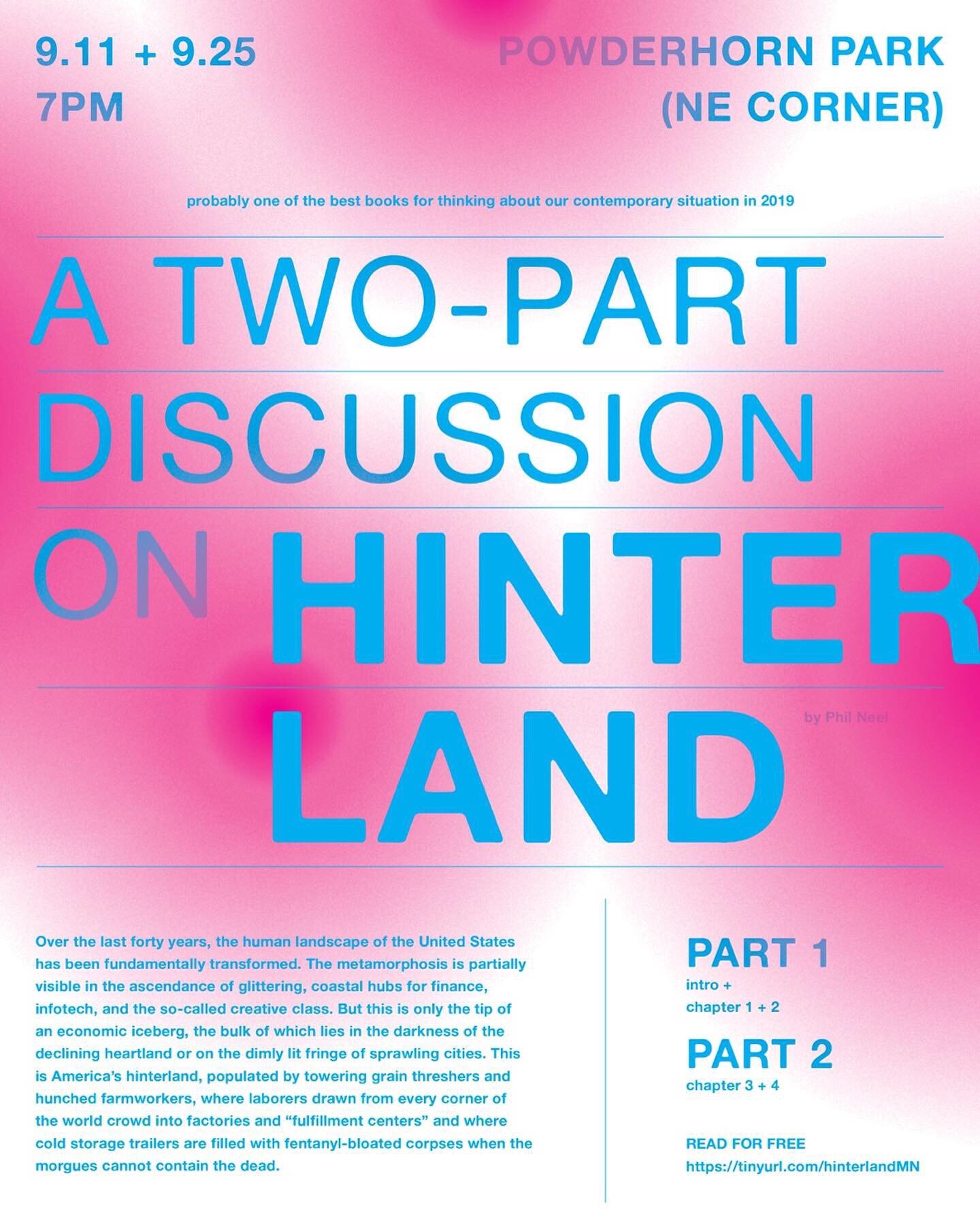 Over the last forty years, the human landscape of the United States has been fundamentally transformed. The metamorphosis is partially visible in the ascendance of glittering, coastal hubs for finance, infotech, and the so-called creative class. But this is only the tip of an economic iceberg, the bulk of which lies in the darkness of the declining heartland or on the dimly lit fringe of sprawling cities. This is America’s hinterland, populated by towering grain threshers and hunched farmworkers, where laborers drawn from every corner of the world crowd into factories and “fulfillment centers” and where cold storage trailers are filled with fentanyl-bloated corpses when the morgues cannot contain the dead.

Intro plus Chapters one and two.